25 years ago, MILL FIRE premiered at the Goodman Theater in Chicago, directed by David Petrarca. That production moved to New York and ran at the Women's Project that same year. Then the play had its U.K. premiere at the Bush Theatre, London at Riverside Hammersmith, directed by Brian Stirner.

But then, 25 years later, Sandy Shinner made me an offer I couldn't refuse. Sandy had directed gorgeous productions of some of my other plays in Chicago, she was taking over as artistic director of Shattered Globe Theater, and she promised that my old friend and favorite designer, Jeff Bauer, would design the set. How could I not want to see that? 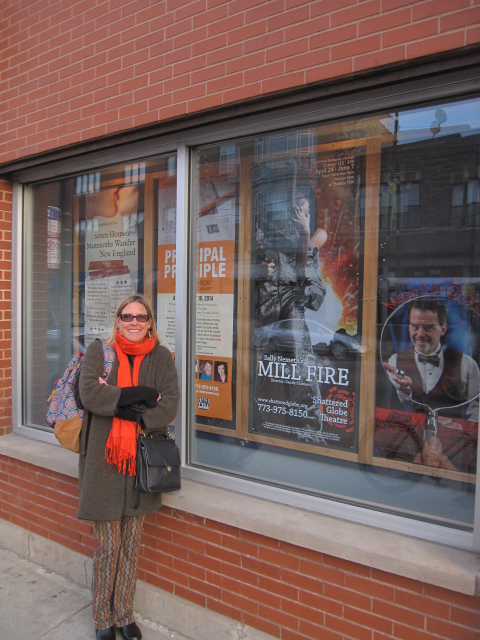 Throughout the casting and rehearsal period, Sandy, Jeff and I were in frequent contact. I even 'sat in' on some auditions via Skype (Oh, Brave New World!) and came to Chicago for previews so I could give last minute production notes. Sandy kept on worrying. She's so used to having the playwright in the room with her during rehearsals.

But the whole time I knew I had no reason to worry or doubt. And I was right. The cast was perfect, the lighting, sound and costume design were spot-on, Jeff's set and inventive use of a black box theater was inspired and Sandy did what Sandy always does - through meticulous work and flawless direction, she lets the play shine.

Don't take my word for it. Here are a few reviews.

From The Chicago Reader - http://www.chicagoreader.com/chicago/mill-fire/Event?oid=13240875

Nothing but four stars for the production.

And here's a new one on me. Back in the old days, our marketing plans for getting butts in the theater seats pretty much came down to printing posters, going out in the dead of night with a bucket of wall paste and plastering our posters over everyone else's posters.

But some things stay the same. The morning after I arrived, Jeff still had some set painting to do, so guess who was his assistant for the day? 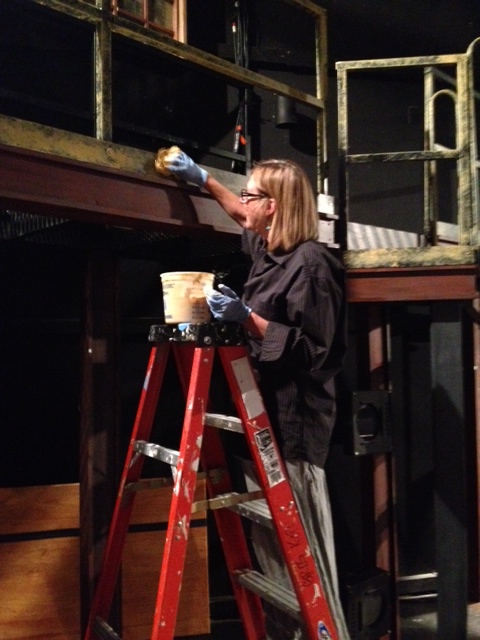 And you know what? I loved every minute of it.
Subscribe
Comments for this post were disabled by the author