Coming Soon to a Bus Station Near You!

In my neck of the woods, when you get one of these taped to your door, all you can think is, "Great. There's gonna be no damn place to park." 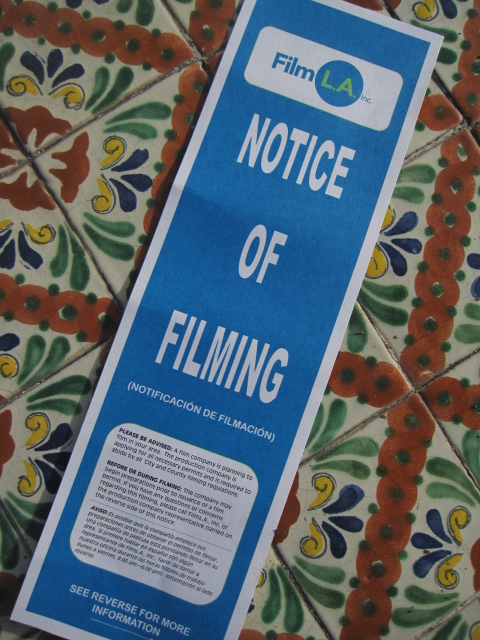 But in addition to "There's gonna be no damn place to park," I was also thinking, "AND I've got to apologize to all the neighbors." Because this time, the shoot was at Casa de Sal. 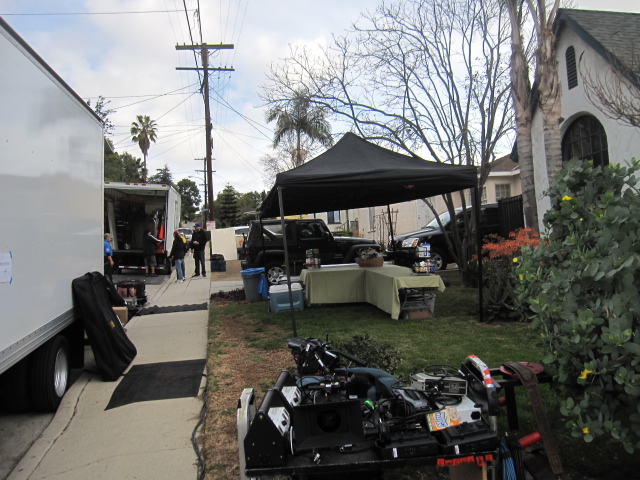 And not only was the shoot AT Casa de Sal, but I was the subject of all this attention. How did this happen, you may ask? Well, like all good things, it started with ALICIA. 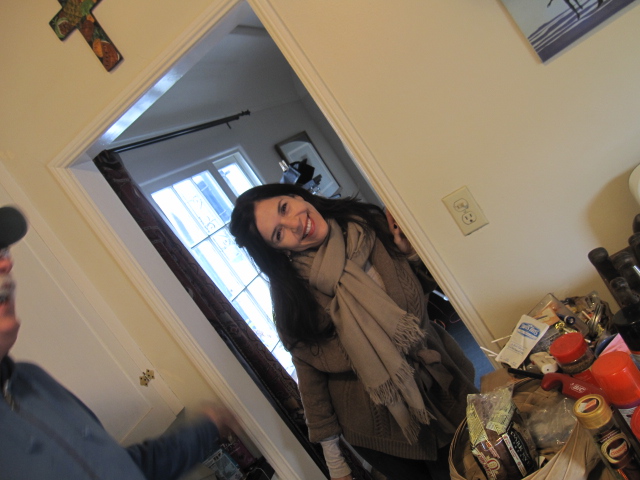 My dear, sweet friend Alicia Hankes (who I owe big) is a stylist extraordinaire, and she's done multiple shoots as the wardrobe stylist with this director, Joe Murray 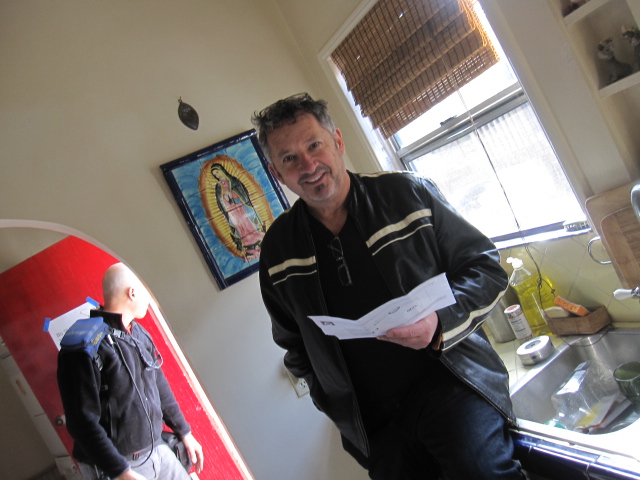 And Joe is now destined to become my new 'grab a beer in the 'hood' buddy. But I digress. Joe was directing a series of verite commercials - ya know, real folks in their own words - talking about their experiences signing up for Covered California and since I'd had such a good experience getting MUCH better and vastly more affordable health insurance than I'd had on the open market, Alicia suggested me to him.

Here's another photo of Alicia & Dave. Just because. 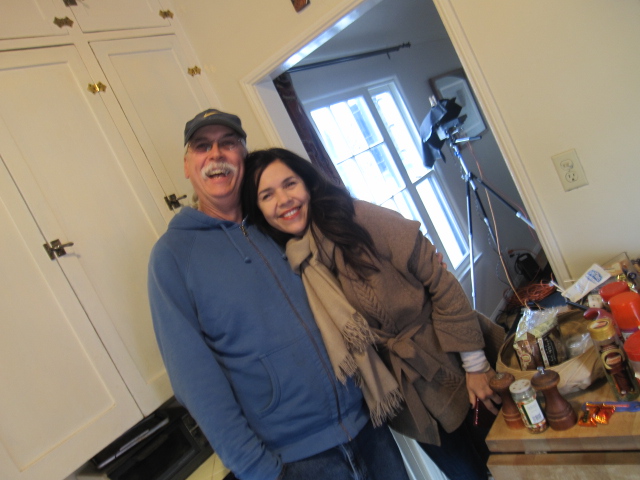 So they sent someone over to interview me with a little tiny camera, then they had me come to an actual casting studio (with couches) for a callback and then Joe and his producer Dolly came over to the house for a location scout, and then....THE CREW DESCENDED. 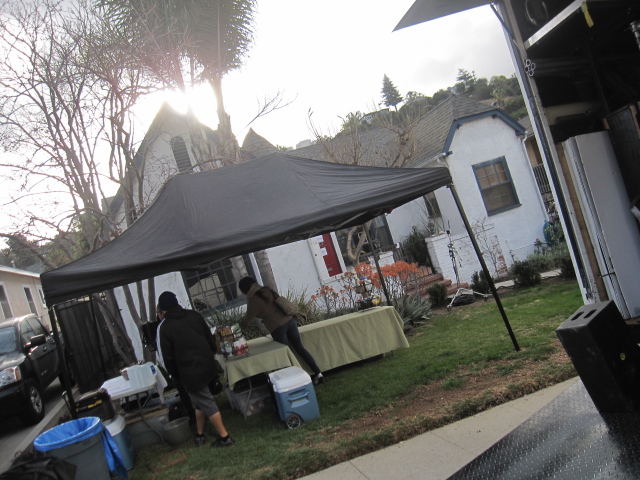 Craft service on the front lawn. If only I could wake up every morning to coffee and lovely toasty things served to me on my front porch. 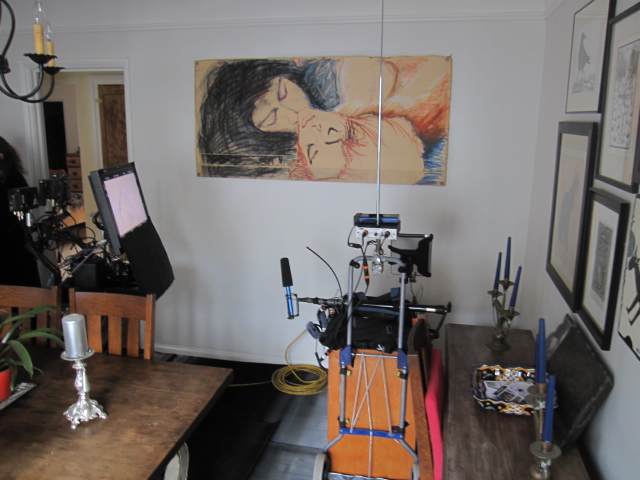 Video and audio village in the dining room. 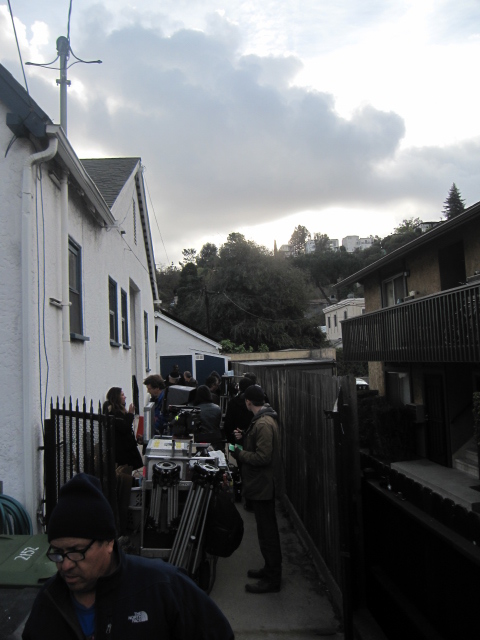 Gear out the wazoo. They even shot someone else in my backyard and made it look kinda not like my backyard. I didn't feel right about taking a photo of the guy's face, but when you see the commercials, he's tall, dark and handsome, wearing a green shirt and holding a bicycle. And he's in my backyard. 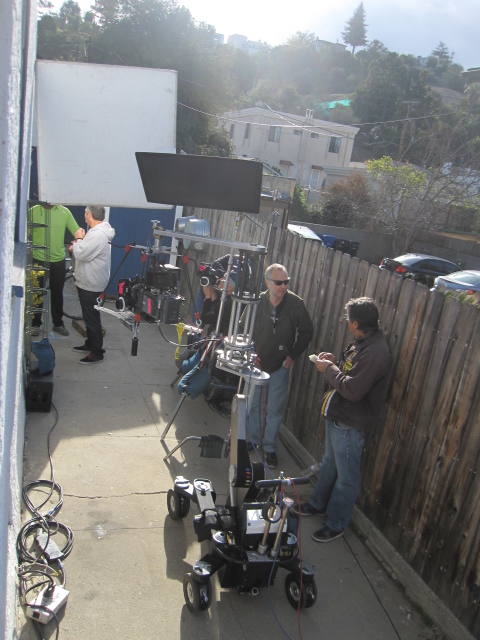 Then it was my turn. Because it was for real, Alicia pulled clothes out of my closet and Liz Rizo did makeup that made me look like me. Only better. 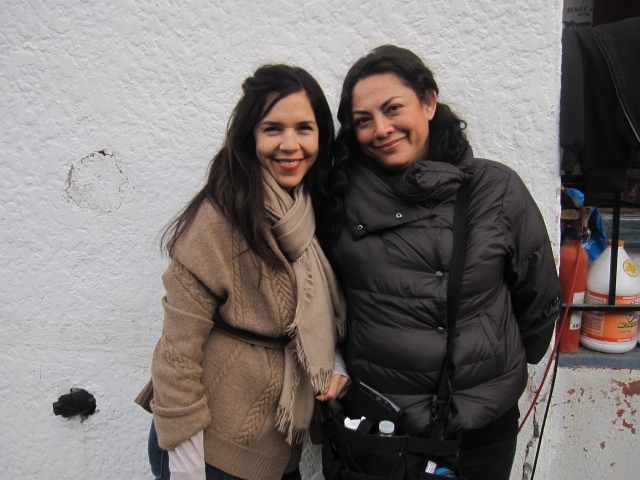 So Joe shot me telling my story, and he and the editor asked me questions and I went on and on and on as I am wont to do and now it's up to them to cut my incessant blathering down to a coherent minute. I'd hate to be them. 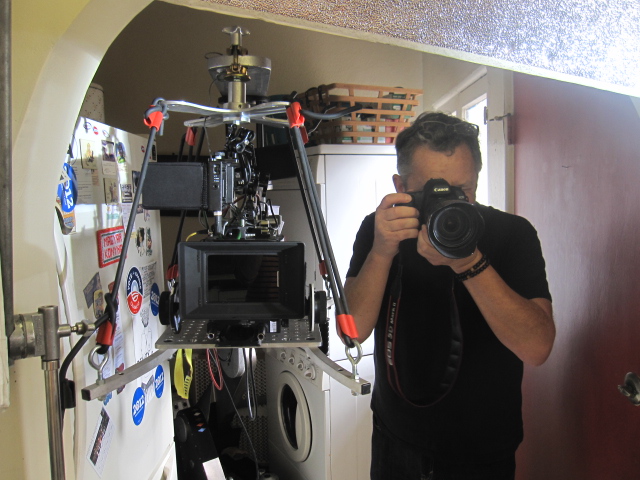 No, Joe shot the commercial with the big camera to his right. Here he's just shooting stills for documentation. But I did do a still shoot too, and my photo will likely be coming soon to a bus station or billboard near you...if you live in California, that is. In fact the commercial will only show in California, but maybe if you're good, I'll send you links later.

Or maybe not. They did, after all ALSO film me swimming. Yeah. Me. In my bathing suit. On TV. Yikes.

But then again, my mutts did get their own little cameo, making out with Mom on the back steps. So for their sake, I'll share. 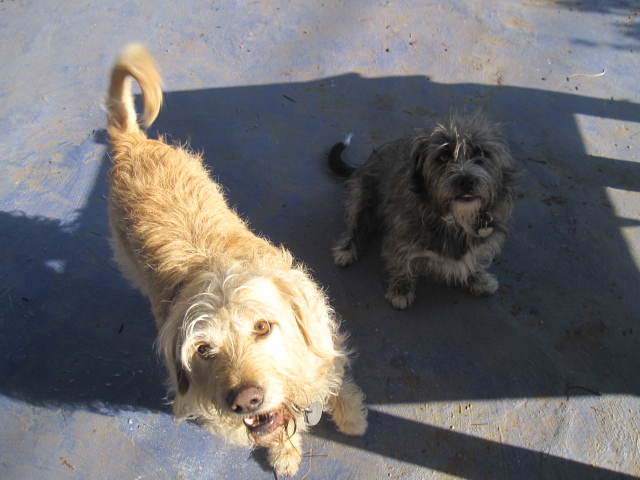 As if Garcia and Emmy Lou aren't famous enough already.
Subscribe
Comments for this post were disabled by the author