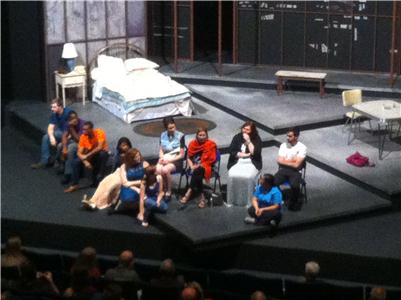 Hard to tell from this distance, but this is a post-show discussion with the cast, crew and director of MILL FIRE at the University of Tennessee, Chattanooga. And yeah, I'm there too, with the director of the production, Gaye Jeffers, sitting to my left.

Twenty five years ago, Gaye was the assistant director of the world premiere production at the Goodman Theater in Chicago. 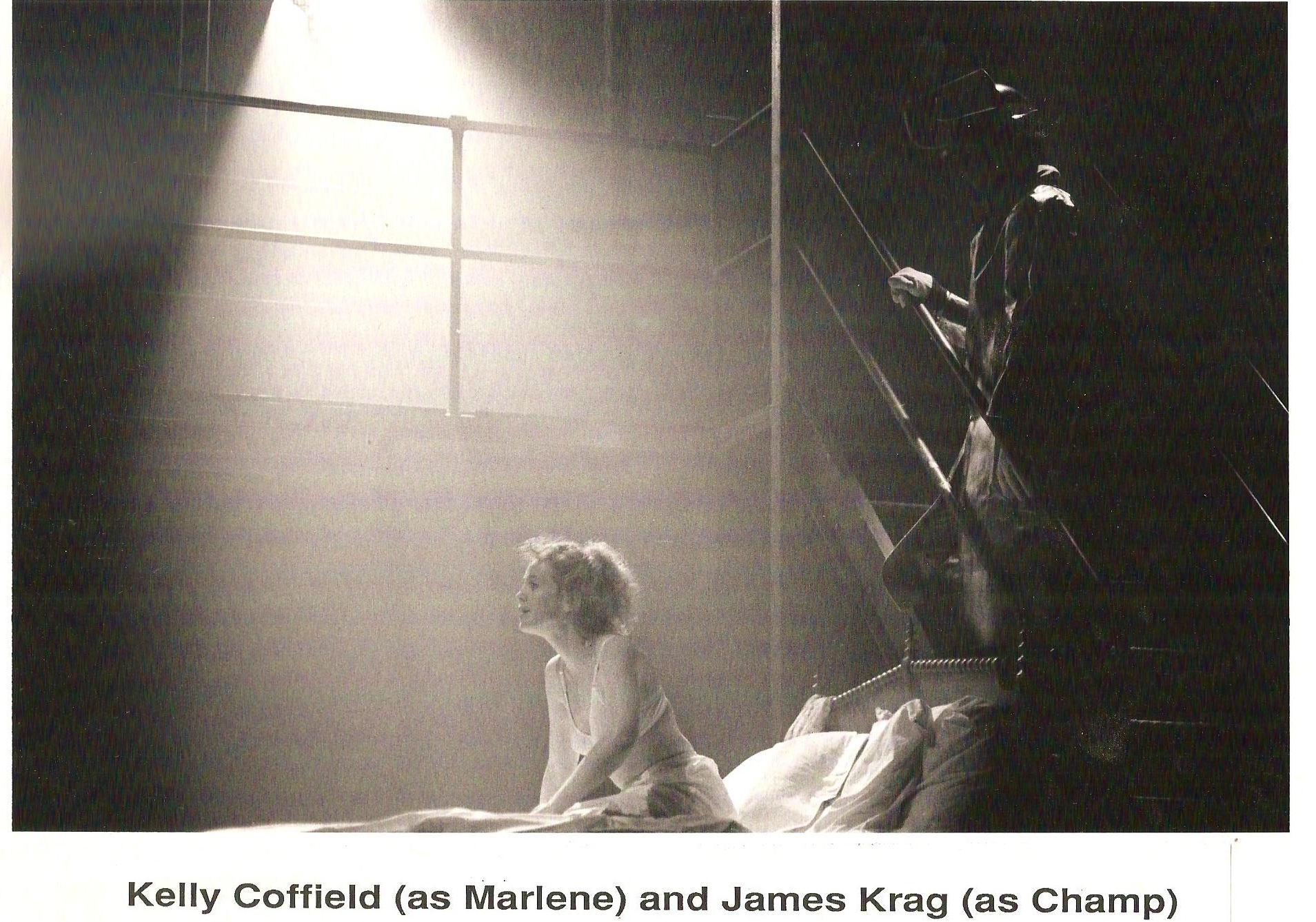 Now, she's a tenured professor in the theater department at UTC, and not only did she decide to revisit MILL FIRE all these years later, the university was generous enough to bring me out to campus and put me up at a REALLY nice B&B across the street from the theater building.

It's called the Mayor's Mansion Inn and has one of those grand Southern porches you dream about.

In fact, that whole area of town - Historic Fort Wood - is full of grand old mansions like the Mayor's Inn, many of which are in various states of renovation. The Faculty and Alumni Club even has CANNONS on the front lawn.

But I digress. I was there to meet local writers and members of the Southern Lit Alliance, teach a writing workshop, do the aforementioned post-show discussion, and talk with the theater students about many things theatrical.

And, OF COURSE, to see the show. Which was terrific. 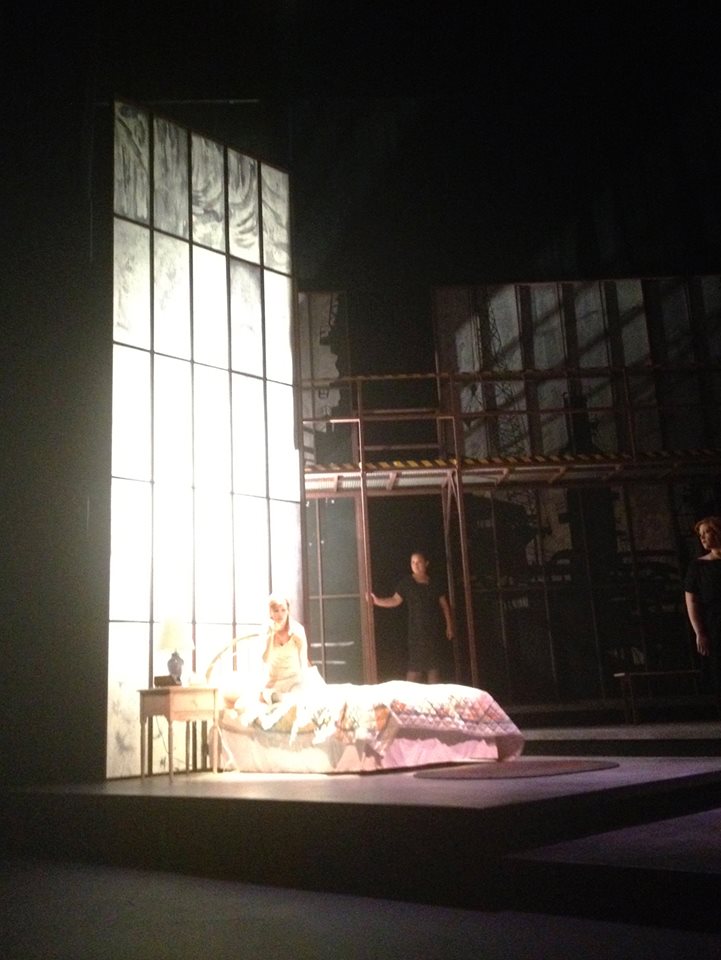 Here's Erin Skelley Holderman as Marlene, with the Widows in the background. 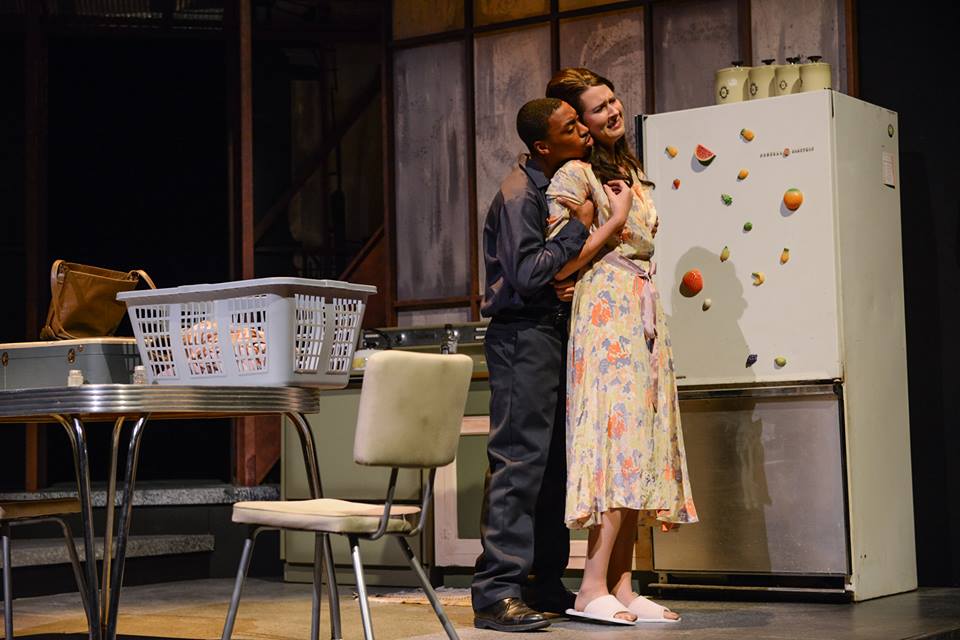 Mario Hoyle as Champ and Madeleine Young as Sunny. 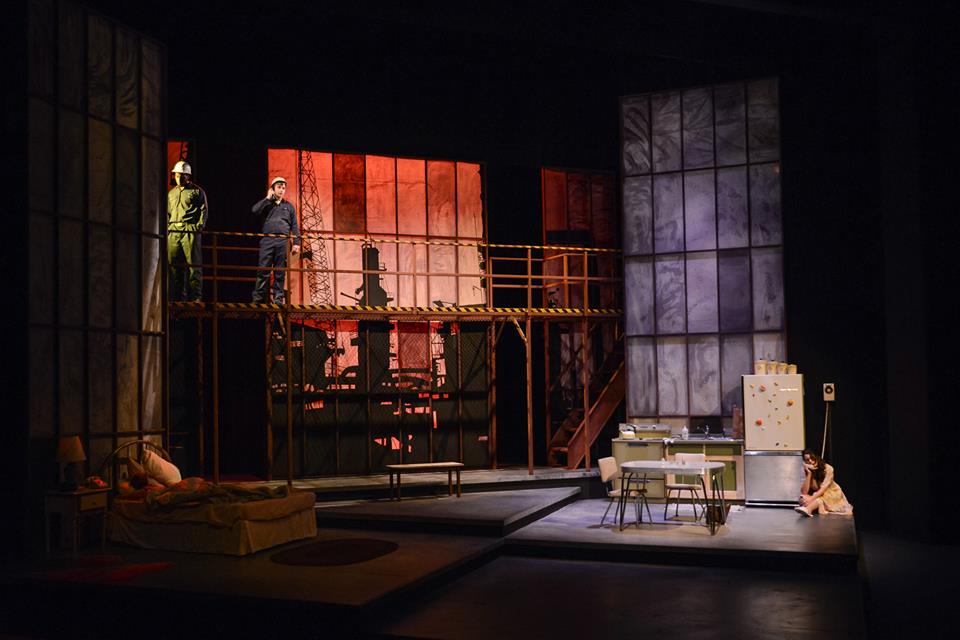 Calvin Forrest as Jemison, Austin Blackburn as Bo and Madeleine Young as Sunny. 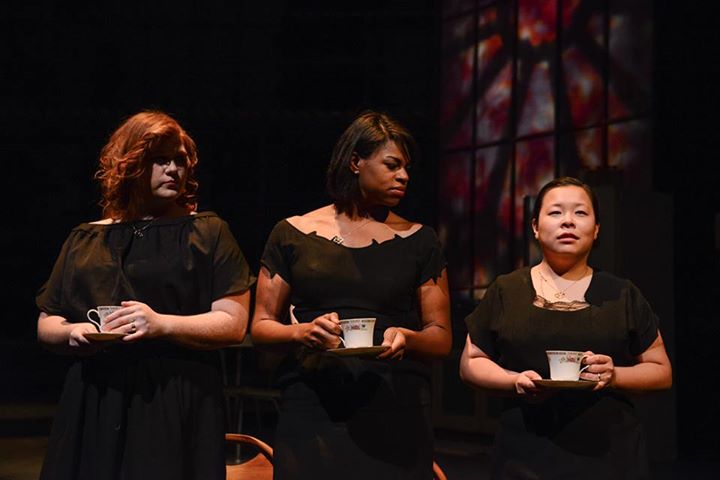 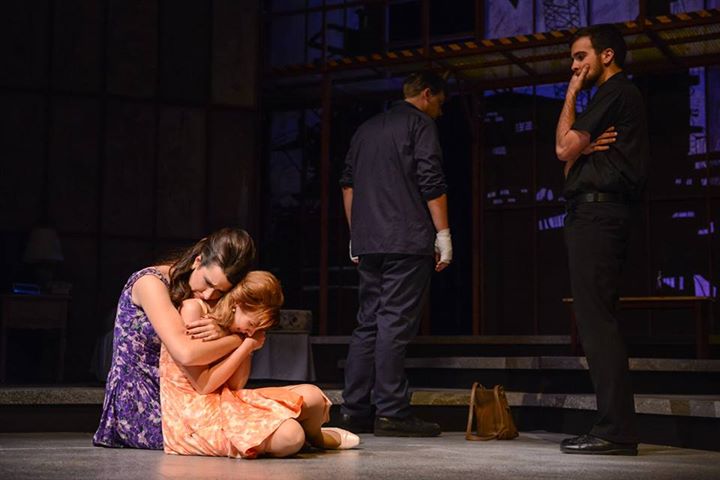 Madeleine Young as Sunny, Erin Skelley Holderman as Marlene, Austin Blackburn as Bo and Matthew Erwin as the Minister/OSHA Investigator.

My deepest thanks to ALL the faculty, staff, and students at UTC who made my time there so memorable. But I'm especially grateful to Gaye. Time sure flies, don't it, girl?

And because of all the college and small theater productions of the play over the years, MILL FIRE is again on a roll. The acting edition will finally be published this fall by Broadway Play Publishing, and the 25th Anniversary production in Chicago will be in April at Shattered Globe Theater, directed by their new Producing Artistic Director, Sandy Shinner.
Tags: broadway play publishing, goodman theater, mill fire, shattered globe theater, southern lit alliance, university of tennessee chattanooga
Subscribe
Comments for this post were disabled by the author